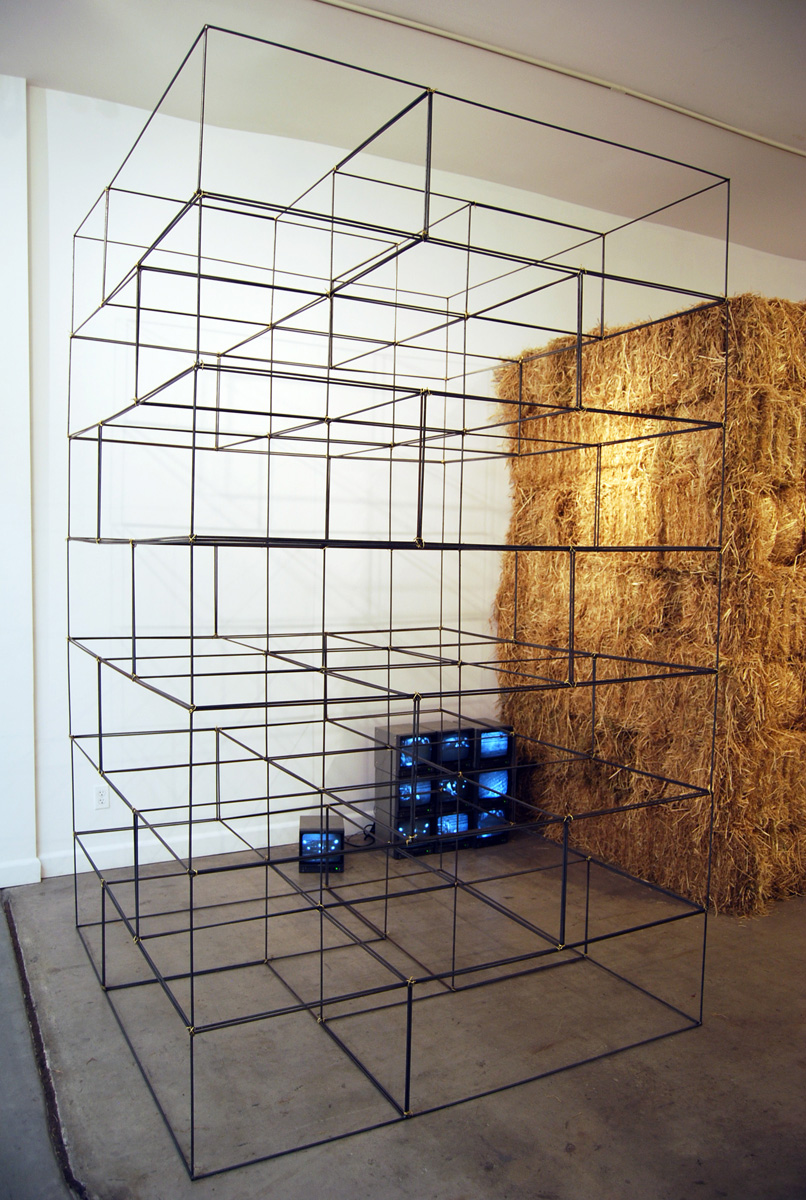 As part of a sculpture and video installation exploring the contradictory and often absurd popular conceptions of American masculinity, labor, and ideas of self reliance, an 8’x8′ pile of straw was assembled in the gallery and then echoed/recreated using rusting steel rod found in an Oakland warehouse. Video screens played scenes of naked men engaged in inexplicable acts of labor and play, such as playing see-saw on a 20-foot I-beam, suspended in the air by a crane.