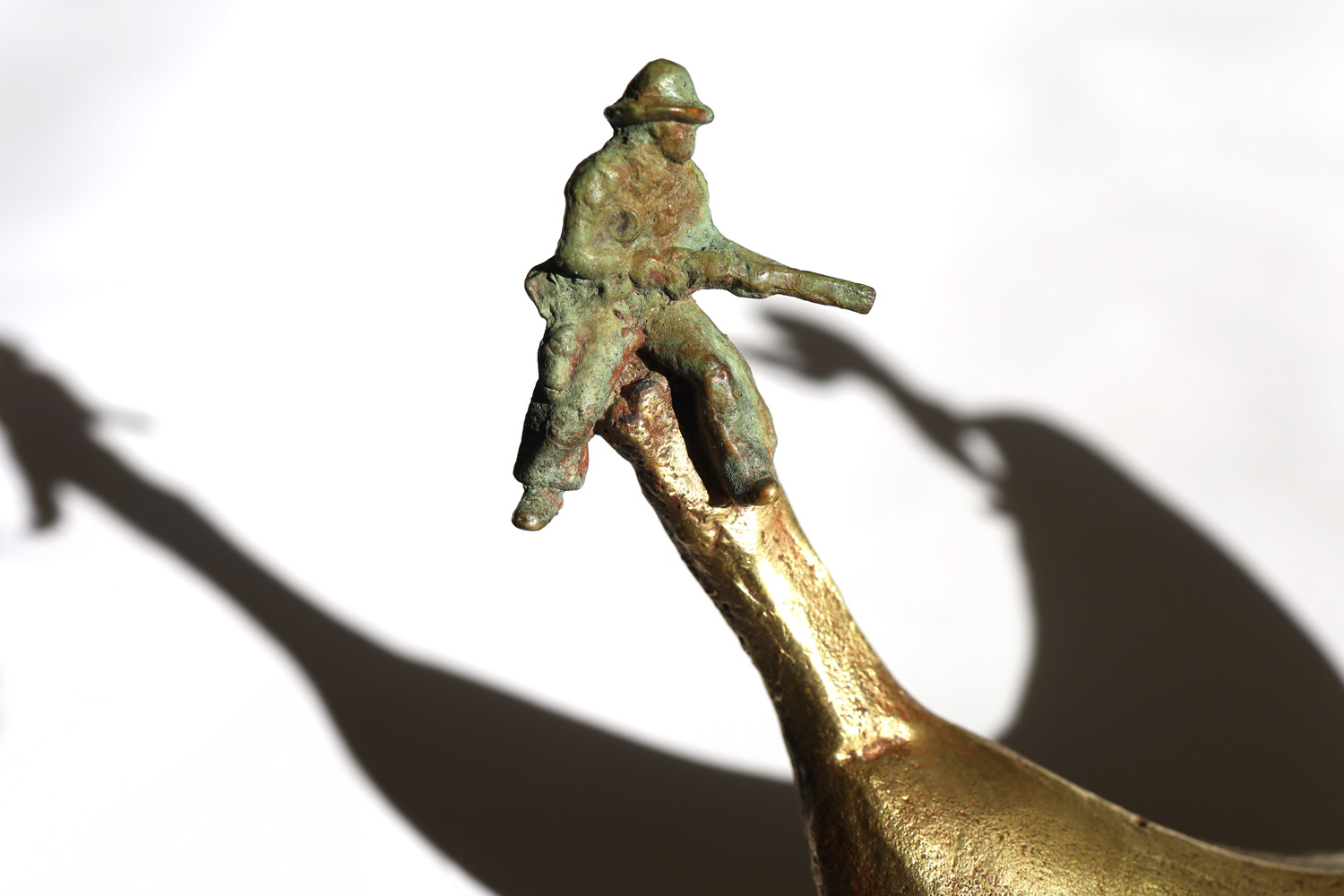 Another in my series of maquettes exploring possible full-sized Western-themed installations. Here, the figures are faithful replicas of the “Cowboy and Indian” toys at the heart of the series, locked in battle. The glorified violence of the scene is rendered absurd by their battlefield; each perched on opposite peaks of an enormous see-saw banana. Ridiculous in this context, the banana also acts as a dark harbinger. It hints at what would become a recurring motif of the nascent country’s history of violence and expansion, one echo of which was in the brutal domination of the so-called Central American banana republics.