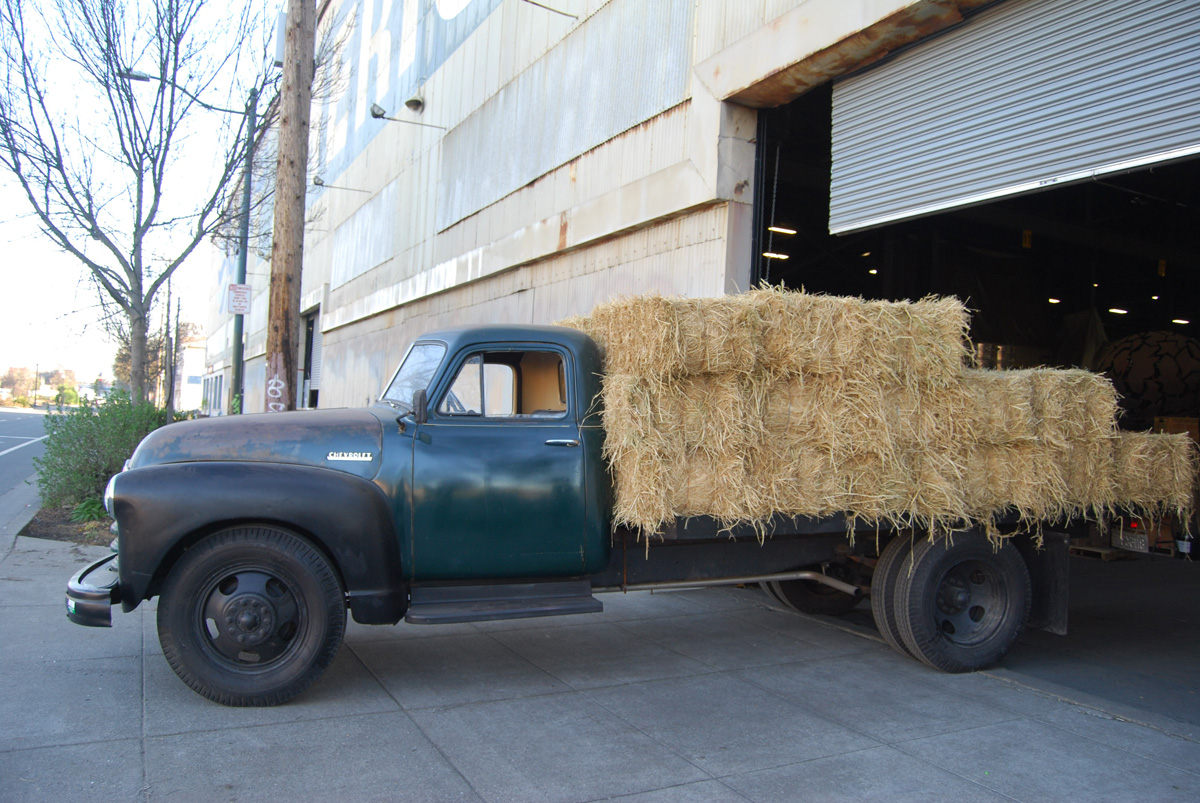 by Invitation or by Fiat

Teasing at the accepted limits of urban art exhibition, a large stack of hay was erected at 7 arts, cultural, and commercial locations around the Bay Area. At each, I invited an artist to display or perform work, over which they had total autonomy. One even awarded themselves their first “solo show” on the doorsteps of the Oakland Museum of California. Artists variously treated the hay bale as gallery walls, a platform for performance, an object for deconstruction, a vehicle for addressing local arts institutions, and pig food. Some sites were officially sanctioned and others were installed by fiat.